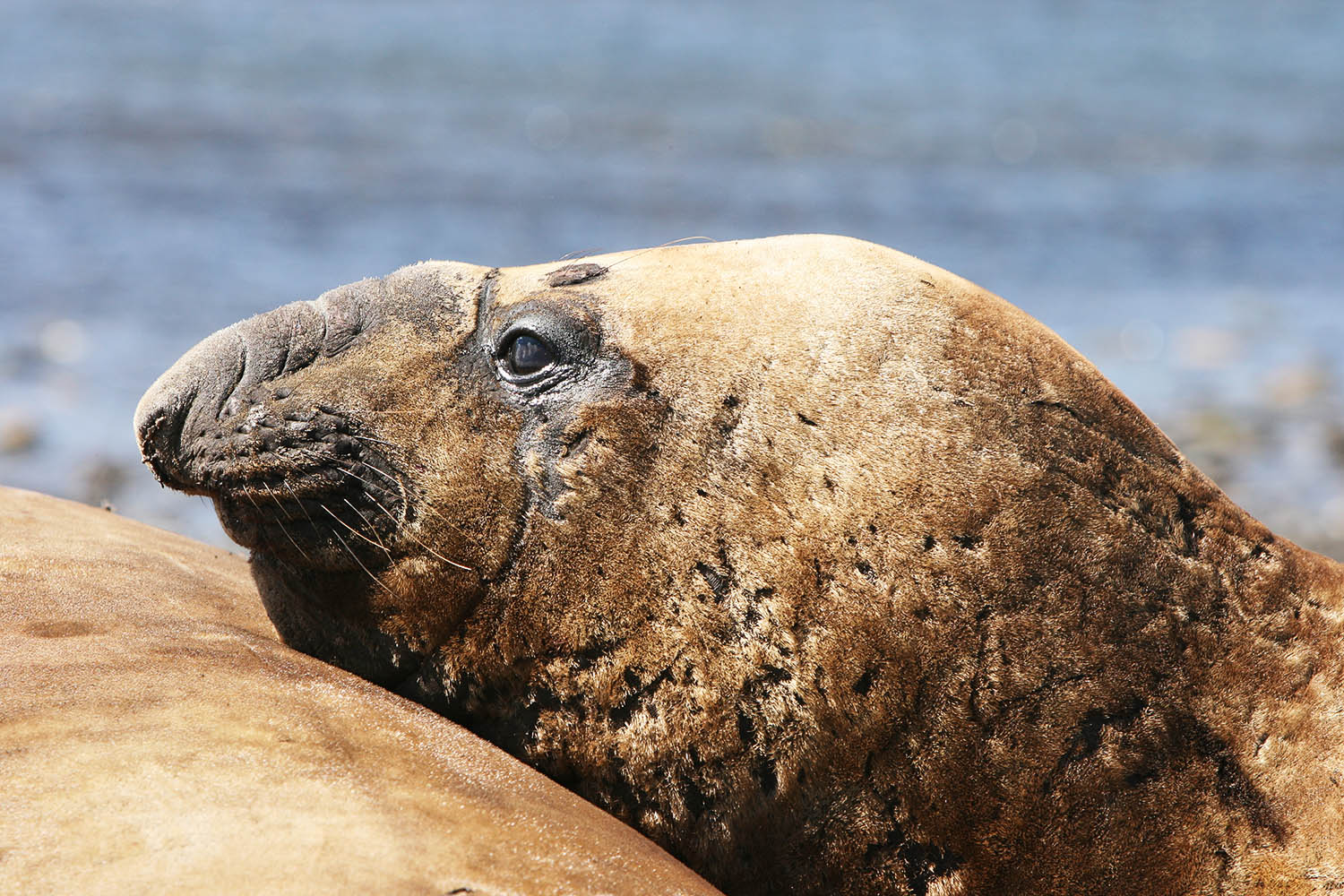 Situated on the eastern edge of East Falkland approximately 1.5 hours drive from Stanley.

These docile giants can be seen sleeping on the beach and greens, or in the large wallows that they make in the soft ground. Unlike the Sea Lions it is possible to safely get close to these animals who barely even glance in your direction, usually unwilling to be disturbed from their slumber.

A short drive away there is a scenic large white sand beach, littered with the remains of whale skeletons washed ashore, and during the spring and summer months Gentoo Penguins can be seen coming and going from their rookery nearby.

As well as the seals and penguins there is also the shipwreck of the St Mary in a neighbouring bay. Wrecked on an offshore reef in 1890 on her maiden voyage while carrying a cargo of coal, whiskey, iron pipe, boxes of tacks, and toy trains from New York to San Francisco, what remains of her today lies on the beach easily accessible at low tide. A large section of the St Mary was removed by the Maine State Museum, Augusta in 1978 and taken back to America where it is now displayed.   Beautiful pens and bowls made locally from the wood of the St Mary can be purchased in the Historic Dockyard Museum in Stanley.

In addition to the wildlife mentioned already, on this tour it is possible to see Upland and Ruddy-Headed Geese, Falklands Thrush, Long Tailed Meadowlark, Turkey Vultures, Variable Hawks and numerous other birdlife.

IMPORTANT: There are no bathroom facilities on this tour