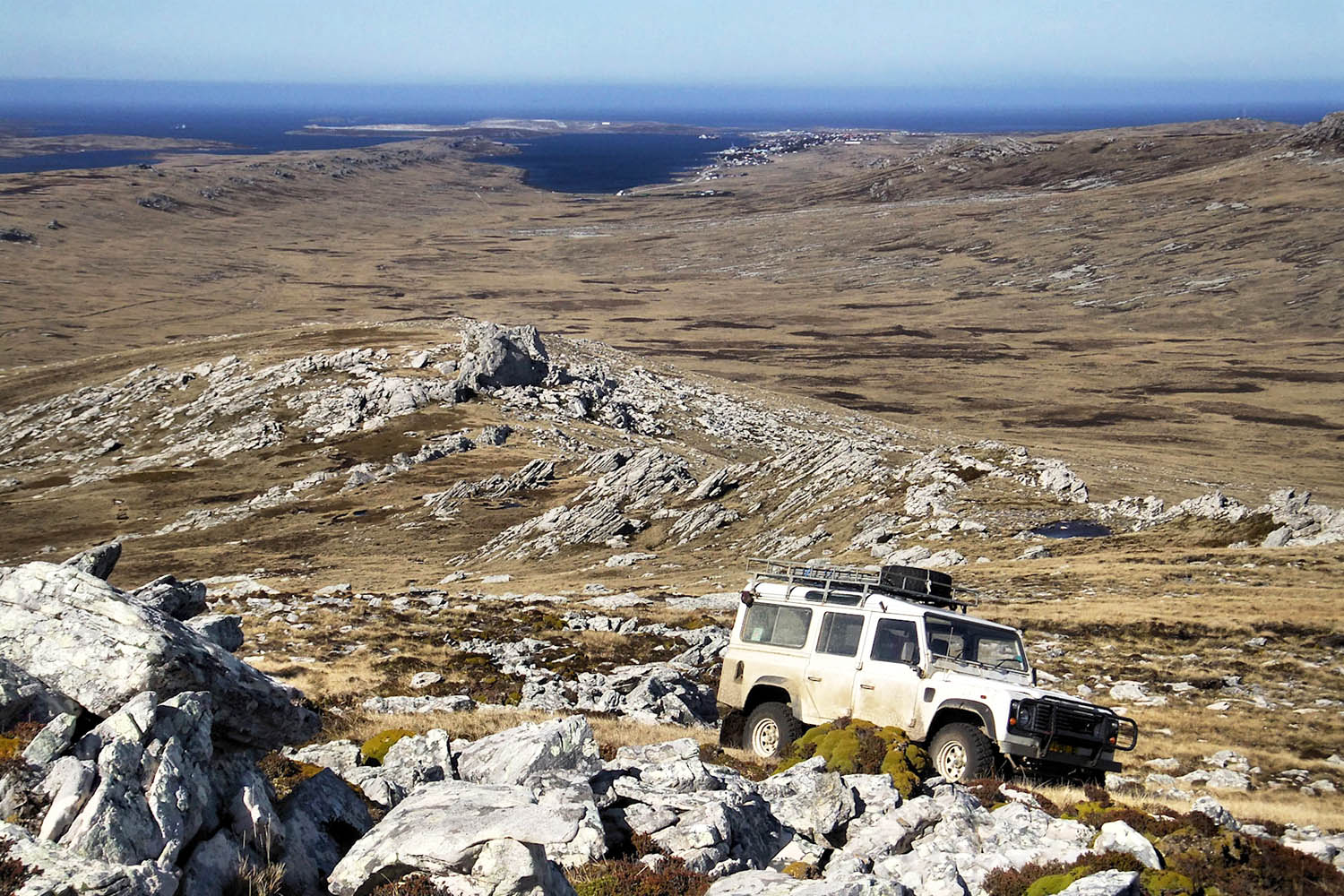 Interesting and informative for anyone with an interest in the 1982 Falklands War and history.

This tour takes a maximum of 8 hours from collection to drop off at your accommodation in Stanley. It’s also suitable for cruise ship passengers who would like a detailed battlefield tour.

Our tour largely depend on you, the client, and whether or not you have a preference for visiting any particular sites involved in the Liberation battles of 1982.  All of the mountain top visits require off-roading.

The full day battlefield tour enables you to visit up to 4 mountain tops and the memorials at Fitzroy Farm.  These mountains can include Mount Longdon, Mount Tumbledown, Mount Harriet and the Two Sisters.  Additionally you could continue your journey out to Estancia Farm where you would pass the burnt out wrecks of two Argentinian helicopters destroyed while on the ground, and witness the route that 3 Para took when advancing to Stanley.

On the journey to Mount Longdon you would pass an Argentinian 105mm recoilless rifle on Wireless Ridge, and another of these on Mount Longdon.  There are memorial crosses on each of the mountain tops and several small personalised mementos left by visiting families and veterans.  Included is a visit to the Regimental Aid Post on Mount Longdon.  Battle scarring can be seen in the form of shell explosions and mortar landings near to rock faces.

On Mount Tumbledown you will see the remains of an Argentinian field kitchen while Mount Harriet and Two Sisters have remains of mortars and military equipment to view.  Mortar positions are also located near to Mount Harriet.

At Fitzroy Farm there are memorials to those who lost their lives there in Port Pleasant on 8th June 1982, when the Royal Fleet Auxiliary ships Sir Galahad and Sir Tristram were bombed by Argentinian Skyhawk aircraft.  There is also a small museum type collection of memorabilia in the community hall at Fitzroy Farm where many of the wounded were treated when it was used as a field hospital.

On the MPA road (which links Stanley to the military base) near to the Stanley Wind Farm there is also a small memorial marking the position that the Scots Guards were ambushed.  There are also numerous Argentinian minefields along the side of the road but these are in the process of being removed by dedicated clearance teams.

The Parachute Regiment (3 Para) were based at our farm Estancia for 10/11 days before they attacked the Argentinian positions on Mount Longdon, so we have an extensive knowledge of their activities leading up to this time and have a lot of memorabilia in the house and surrounds that anyone who wishes to can view.

Interesting and informative for anyone with an interest in the 1982 Falklands War and history.